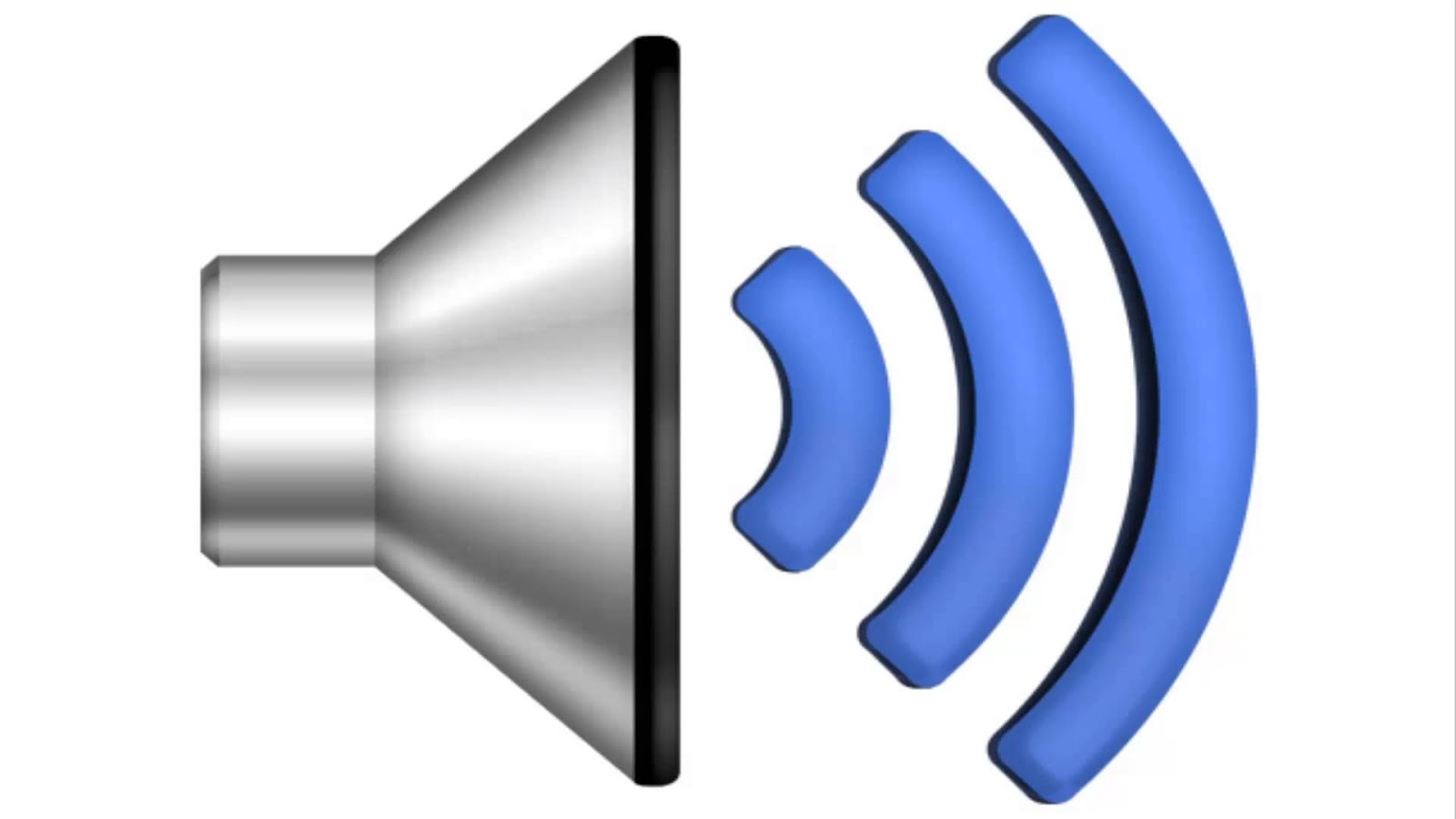 1) What is sound and how is it produced?
ANSWER:-Sound is a form of energy
which gives the sensation of hearing. It is produced by the vibrations caused in air by
vibrating objects.
2) Describe with the help of a diagram,
how compressions and rarefactions are produced in air near a source of sound.

ANSWER:-
When a vibrating body moves
forward, it creates a region of high pressure in its vicinity. This region of high pressure is
known as compressions. When it
moves backward, it creates a region of low pressure in its vicinity. This region is known as
a rarefaction. As the body continues to move forward and backwards, it produces a series
of compressions and rarefactions.
3) Cite an experiment
to show that sound needs a material medium for its propagation.
ANSWER:-Take an electric bell and
an air tight glass bell jar connected to a vacuum pump. Suspend the bell inside
the jar, and press the switch of the bell. You will be able to hear the bell ring. Now pump out the air from
the glass jar. The sound of the bell will become fainter and after some time,
the sound will not be heard. This is so because almost all air has been pumped out.
This shows that sound needs a material medium to travel.

4) Why is sound wave called a longitudinal
wave?
ANSWER:-Sound wave is called
longitudinal wave because it is
produced by compression  and rarefaction in the air.
5) Which
characteristics of the sound helps you to identify
your friend by his voice while sitting with others in a dark room?
ANSWER:-The quality or
timber of sound enables us to identify our friend by his voice.
6) Flash and thunder are
produced simultaneously. But thunder is heard a few seconds
after the flash is seen, why?
ANSWER:-Sound of thunder takes
more time to reach the Earth as compared to light. Hence, a flash is seen
before we hear a thunder.
7). A person has a hearing
range from 20 Hz to 20 kHz. What are the typical wavelengths of sound waves in
air corresponding to these two frequencies? Take the speed of sound in air as
344 m s −1 .
ANSWER:-Speed =
Wavelength x
Frequencyv = λ x ν
Speed of sound in air =
344 m/
s (Given)
(i) For, ν= 20 Hz
λ1= v/ν = 344/20 = 17.2 m
(ii) For, ν= 20000 Hz
λ2= v/ν = 344/20000 = 0.172 m
8) Two children are at opposite ends
of an aluminium rod. One strikes the end of the rod with a
stone. Find the ratio of times taken by the sound wave in air and in aluminium
to reach the second child.
ANSWER:-Velocity of sound
in air= 346m/s
Velocity of sound wave in
Aluminium= 6420 m/s
Let length of rode be 1
Time taken for sound wave
in
Air, t 1= 1 / Velocity in
air
Time taken for sound wave
in
Aluminium, t2= 1 /
Velocity in aluminium
Therefore, t1 / t2 =
Velocity in aluminium / Velocity
in
air =6420 / 346 = 18.55 :
1
9. The frequency of a source of
sound is 100 Hz. How many times does it vibrate in a
minute?
ANSWER:-Frequency = 100 Hz
This means the source of sound
vibrates 100 times in one second.
Therefore, number of vibrations
in 1 minute, i.e. in 60 seconds
= 100 x 60 = 6000 times.
10) Does sound follow the same
laws of reflection as light does? Explain.
ANSWER:-incident sound wave and
the reflected sound wave make the same angle with the normal to the surface at the point
of incidence. Also, the incident sound wave, the reflected sound wave, and the
normal to the point of incidence all lie in the same plane. Therefore they follow the
same laws.
11) When a sound is
reflected from a distant object, an echo is produced. Let the distance between
the reflecting surface and the source of sound
production remains the same. Do you hear echo sound on a hotter day?
ANSWER:-Time Taken= Total
Distance / Velocity
On a hotter day, the velocity of
sound is more. If the time
taken by echo is less than 0.1
sec it will not be heard.
12) Give two practical applications
of reflection of sound waves.
ANSWER:-Two practical
applications of reflection of sound waves are:
a) Working of a stethoscope is
also based on reflection of
sound.
b) Used to measure the distance and
speed of underwater objects.
13) A stone is dropped from the
top of a tower 500 m high into a pond of water at the base of the tower. When
is the splash heard at the top? Given, g = 10 m s −2 and speed of sound = 340 m s −1.
ANSWER:-Height of the tower, s =
500 m
Velocity of sound, v = 340 m s−1
Acceleration due to gravity, g
= 10 m s −2
Initial velocity of the stone, u
= 0 (since the stone is
initially at rest)
Time taken by the stone to fall
to the base of the tower, t1

Time taken by the sound to reach the top from
the base of the tower, t 2= 500 / 340 =1.47 s
Therefore, the splash is heard
at the top after time, t
Where, t= t 1 + t 2 = 10 + 1.47 =
11.47 s.
14. A sound wave travels at a speed
of 339 m s −1. If its wavelength
is 1.5 cm, what is the frequency of the wave? Will
it be audible?
ANSWER:-Speed of sound, v= 339 m
s – 1
Wavelength of sound, λ= 1.5cm = 0.015 m
Speed of sound = Wavelength
x Frequency= λ x v
∴ v= v / λ = 339 / 0.015 = 22600 Hz
Since the frequency of the given
sound is more than 20,000 Hz, it is not audible.
15) What is
reverberation? How can it be reduced?
ANSWER:-The repeated multiple
reflections of sound in any big
enclosed space is known as
reverberation. The reverberation can be reduced by covering the ceiling
and walls of the enclosed space with sound absorbing materials
16) What is loudness of sound? What
factors does it depend on?
ANSWER:-The effect produced in
the brain by the sound of different frequencies is called loudness of sound.
Loudness depends on the amplitude of vibrations
17) Explain how bats
use ultrasound to catch a prey.
ANSWER:-Bats produce
high-pitched ultrasonic squeaks. These high-pitched squeaks are reflected by objects such as
preys and returned to the bat’s
ear
18) How is ultrasound
used for cleaning?
ANSWER:-Objects to be
cleansed are put in a cleaning solution and ultrasonic sound waves are passed
through that solution. The
high frequency of these ultrasound
waves detaches the dirt
from the objects.
19) A sonar device on a submarine
sends out a signal and receives an echo 5 s later.
Calculate the speed of sound in
water if the distance of the object from the submarine is
3625 m.
ANSWER:-t= 5 s
Distance of the object from
the submarine, d = 3625 m
Total distance travelled by the
sonar waves during the transmission and reception in
water= 2d
Velocity of sound in water, v=
2d / t = 2 x 3625 / 5 = 1450ms-1.
21. Explain how defects in a metal block can be detected using ultrasound.

ANSWER:–
Defects in metal blocks do not
allow ultrasound to pass through
them and they are reflected back. This fact is used to detect defects in metal
blocks. Ultrasound is passed
through one end of a metal block and detectors are placed on the other end. The
defective part of the metal
block does not allow ultrasound
to pass through it. As a result, it will not be detected by the detector. Hence,
defects in metal blocks can be detected using ultrasound.
22) Explain how the
human ear works.
ANSWER:-The human ear consists of
three parts – the outer ear, middle ear and inner ear.
→ Outer ear: This is also called ‘pinna’. It collects the sound from the surrounding
and directs it towards auditory
canal.
→ Middle ear: The sound reaches the end of the auditory canal where there is a
thin membrane called eardrum
or tympanic membrane.
→ Inner ear: These vibrations
reach the cochlea in the inner
ear and are converted into
electrical signals which are
sent to the brain by the auditory nerve, and the brain
interprets them as sound.