A
photograph –
“An embodiment of time and timelessness”
Shirley
Toulson’s ‘A Photograph` unfolds the very tenet of “Time – and Timelessness”.
The poem strongly hints at the eternal state of the natural being and ephemeral
state of the humans. Here we are acquainted with a picture of sea beach and
three girls including the poet’s mother. Sea rarely changed but the mother of
the poet met the horns of death. 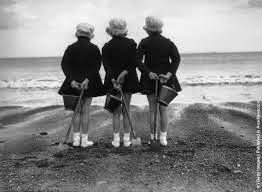 A
Photograph –
‘A melancholic poem`
A
photograph is melancholic to the utmost. We are acquainted here about loss,
pain and separation. The smiling photograph creates a pang in the heart of the
poet as she remembers and misses her mother with a doleful heart. The absence
of her mother in her life has made her life a gloomy one.
‘A Photograph`
‘A Nostalgic poem`
If nostalgia describes sentimentality for
the past, typically for a period or place with happy personal associations,
then ‘A photograph` is a nostalgic poem. We find the poet to acquaint us with
past happy moments related to her mother’s childhood and happy days. 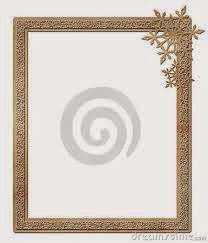 “The cardboard shows
me how it was
When
the two girl cousins went paddling”
Here the word the cardboard presents an
allusion. The cardboard with the photograph shows the transient state of the
humans. The poet tells us about the photograph where her mother and her two
cousins are on the beach paddling.

“Each one holding one of my
mother’s hands,
And
she the big girl – some twelve years or so. “
Here in the picture mother is in the middle
of other two cousins. Each of them is holding the hands of the poet’s mother.
They are joyous and in holiday mood. Of the three, poet’s mother is the bigger
one aging twelve years or so.
“All three stood still to smile through their hair
At the uncle with
the camera.”
All the three girls are presented with
innocuous picture where they are facing towards the camera with a smiling face
through their hair. They have their uncle with the camera taking the snapshot.
Poetic
device in use –
1) Stood
still – Alliteration
2) Through
their – Alliteration
, ………………………., A sweet face
My
mother’s, that was before I was born.”
The
poet narrates the face of her mother to be a sweet one. The poet reminds us
about the time gap and asserts that the picture was taken before her birth.
Poetic
Device in use –
1) My
mother’s – Alliteration. 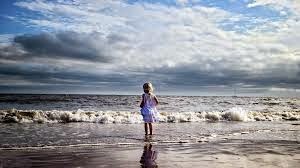 “And the sea, which appears to have changed less
Washed
their terribly transient feet.”
The
poet comments the less changing of the sea which reflects the eternal state of
the natural elements and at the same time hints at the transient state of the
humans. Then the poet acquaints us with terribly transient feet meaning the
temporary state of the humans.
Poetic Devices in use –
1) Terribly transient
– Alliteration
2) Terribly
transient – Transferred Epithet.
“Some twenty- thirty- years later
She’d
laugh at the snapshot. “See Betty
And
Dolly,” she’d say, “and look how they
Dressed
us for the
beach.”
Twenty-
thirty years after the picture was clicked , Mother would have laughed at the
picture and said meaning betty and Dolly about their awkwardly dressing for the
beach. It shows mother’s being nostalgic about the past.
Poetic Devices in use –
1) Twenty
thirty – Alliteration.
………………………………….the sea holiday
Was her past, mine is her laughter. Booth wry
with the laboured ease of loss.”
A feeling of pain is presented here. The
poet states that for the mother the happy sea holidays are past and for the
poet her mother’s laughter is past. Here both are feeling the loss on both  part.
Poetic
Device in use-
1) Laboured
ease – Oxymoron. 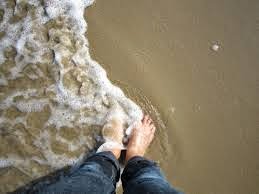 “Its
silence silences”.
The
silence that is created because of the death of her mother made her completely
silent leaving her in utter pain.
Poetic Device in use-
Alliteration-  silence silences