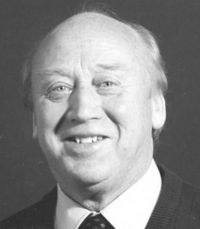 Multiple Choice Questions based on an extract

i )According to the extract, the poet wishes for the tiger to be ‘sliding’ through the foliage as this would

a) assist in keeping the prey unsuspecting of the predator’s sound.

b) aid in camouflaging the presence of the predator before it rushes in.

c) help the predator pounce on the prey comfortably without getting tired.

d) Support the predator’s vision as it eyes its prey.

ii )Which fact DOES NOT connect with the significance of the water hole for the tiger?

a) Many tigers chase prey into the water and holds the victim’s head under water until it drowns.

b) Prey feed in the water on water-lilies, and often wander into the middle of the water hole, where they are vulnerable and easy for the tiger to kill.

c) Prey that has quenched its thirst ensures consumption of hydrated meat for the tiger.

d) Chasing the panicked prey from shallow to deep water where the tiger grabs it.

iii )Pick the option that DOES NOT use ‘lurking’ correctly to fill in the blank.

c) The detective cautioned her team about the _________ dangers likely to impact the case.

d) The prejudices __________beneath the surface create misunderstandings.

iv) ‘Shadow’ here, refers to the shadow of

v) Pick the phrase that DOES NOT suggest that the forest in the extract is lush.

b) the water hole

i) Choose the image that best describes the condition of the tiger based on the given extract.

ii )Which option correctly lists the reason for the tiger ‘stalking the length of his cage’?

a) Animals tend to cover large distances and burn a lot of their energy by hunting for prey, in their natural habitat. Zoos deprive them of such stimulation and they are restless and bored.

b) Animals are scared of visitors gazing at them in their unnatural surroundings. Zoos are places where animals are far removed from the privacy of their natural habitat.

c) Animals dislike human noises in the city and react to them aggressively. Zoos are often located in cities or outskirts.

d) Animals require human love and care and miss this when in captivity. Zoos are places where they walk around mechanically to attract human attention.

a) strength and weakness.

b) nature and culture.

v) Choose the option listing the most likely reason for the tiger to ignore visitors, according to the extract.

a) He is scared of their constant stares.

b) The visitors don’t provide him with any food.

c) He knows that none would help him out of captivity.

d) The visitors don’t speak to him kindly.

i) It is said that an animal’s eyes have the power to speak a great language. Explain with reference to the tiger.

ii) How does the poem point to the cruelty of animals in captivity?

iii)The poet celebrates the strength of the tiger in this poem. Counter the statement.

i) Do you think the tiger in the poem had lost its natural instinct due to captivity? Support your response with evidence from the poem.

ii) What do you think the tiger would say to you, as a visitor?

iii) Write the appropriate response comprising of at least two reasons to present a counterto the following:

You may begin this way:

i) Imagine the tiger writes a diary entry conveying how he feels helpless, angry and frustrated in the concrete cell. He writes about his desire to be free. Write that diary entry.

ii) Imagine that Man has been accused by the tiger of cruelty in an animal court. What would be the tiger’s two major accusations and how would Man defend them? Present your answer in two paragraphs.