2. Identify and shade three federal countries (other than India) on a blank outline political map of the world.
Answer:- 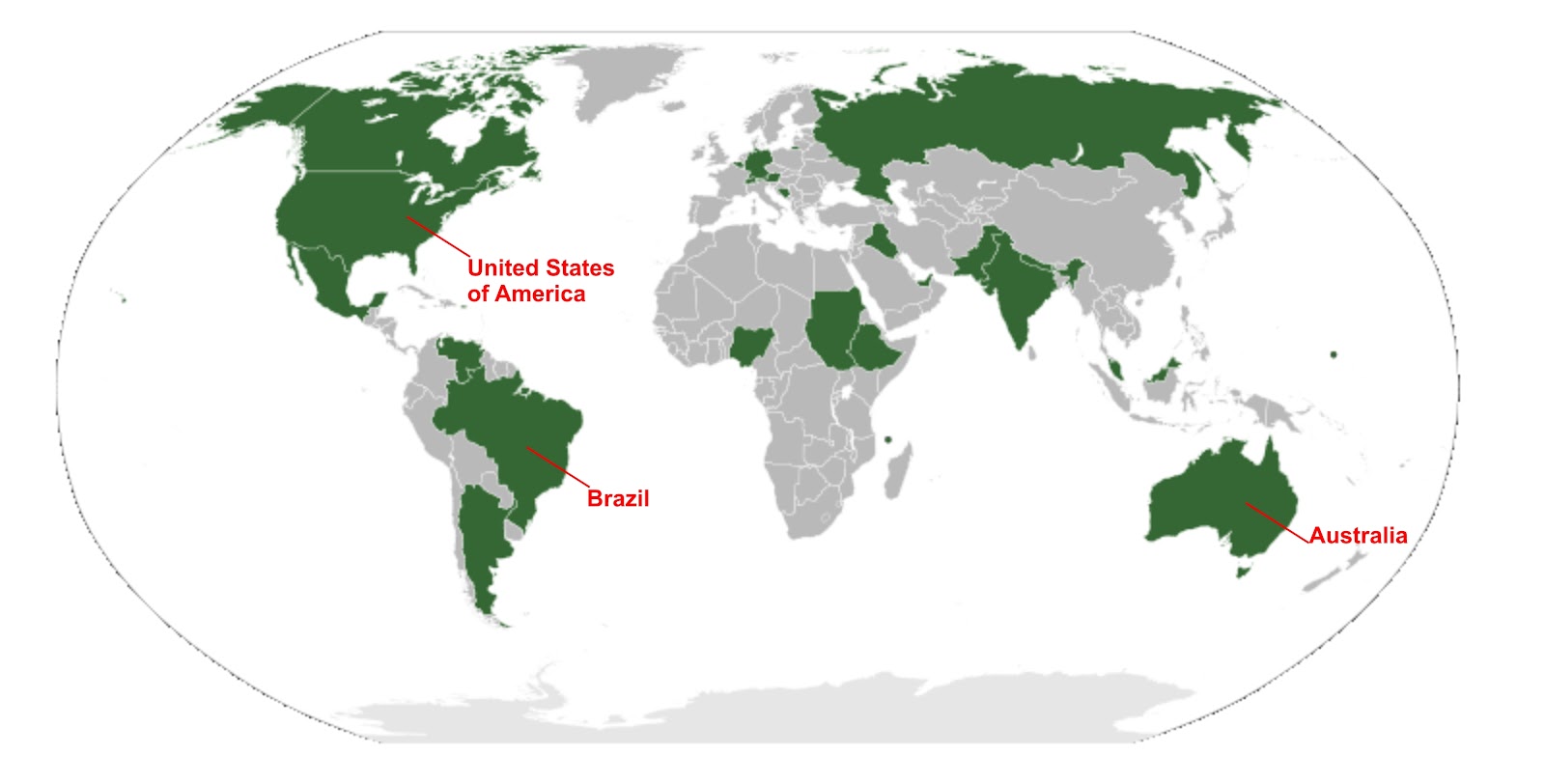 3. Point out one feature in the practice of federalism in India that is similar to and one feature that is different from that of Belgium.
Answer: – One similar feature of Federalism between India and Belgium-In India, just like in Belgium, the central government has to share its powers with the regional governments. But, unlike India, Belgium has a community government in addition to the central and the state government.

4. What is the main difference between a federal form of government and a unitary one? Explain with an example.
Answer:-
5. State any two differences between the local government before and after the Constitutional amendment in 1992.
Answer:-
6. Fill in the blanks:
Since the United States is a coming together type of federation, all the constituent States have equal powers and States are strong vis-à-vis the federal government. But India is a together type of federation and some States have more power than others. In India, the Central government has more powers.
7. Here are three reactions to the language policy followed in India. Give an argument and an example to support any of these positions.
Sangeeta: The policy of accommodation has strengthened national
unity.
Arman: The language-based States has divided us by making everyone
conscious of their language.
Harish: This policy has only helped to consolidate the dominance of English over all other languages.
Answer:- Sangeeta’s reaction is the best. Unlike Sri Lanka (where the language of the majority has been promoted), the Indian polity has given equality of status to all the major languages spoken in the country. If the policy of accommodation was not followed, and states were not created on linguistic basis, there would have been a further partition of India. For example, the imposition of Hindi as the national language would have led the South to break away from the North and Tamil Nadu would have become an independent nation.’

8. The distinguishing feature of a federal
government is:
(a) The national government gives some powers to the provincial government.
(b) Power is distributed among the legislature, executive and judiciary.
(c) Elected officials exercise supreme power in the government.
(d) Governmental power is divided between different levels of government.
Answer:- (d) Governmental power is divided between different levels of
government.
9. A few subjects in various Lists of the Indian Constitution are given here. Group them under the Union, State and Concurrent Lists as provided in the table below.
A. Defence; B. Police; C. Agriculture; D.Education;
E. Banking; F. Forests; G. Communications; H.Trade; I. Marriages
Union List
State List
Concurrent List
Answer:-
10. Examine the following pairs that give the level of government in India and the powers of the government at that level to make laws on the subjects mentioned against each. Which of the following pairs is not correctly matched?
(a) State government State List
(b) Central government union List
(c) Central and State governments Concurrent List
(d)Local governments Residuary powers
Answer:- (d) Local governments Residuary powers
11. Match List I with List-II and select the correct answer using the codes given below the lists:
Answer:-