1)Multiple-choice questions
(i) Which one of the following minerals is formed by
decomposition of rocks, leaving a residual mass of weathered material?
(a) coal
(b) bauxite
(c) gold
(d) zinc
ANSWER:- (b) bauxite
(ii) Koderma, in Jharkhand, is the leading producer of which one
of the following minerals?
(a) bauxite
(b) mica
(c) iron ore
(d) copper
ANSWER: – (b) mica
(iii) Minerals are deposited and accumulated in the stratas of
which of the following rocks?
(a) sedimentary rocks
(b) metamorphic rocks
(c) igneous rocks
(d) none of the above
ANSWER:- (a) sedimentary rocks
(iv) Which one of the following minerals is contained in the Monazite
sand?
(a) oil
(b) uranium
(c) thorium
(d) coal
ANSWER: – (c) thorium
2. Answer the following questions in about 30 words.
(i) Distinguish between the following in not more than 30 words.
(a) Ferrous and non-ferrous minerals
(b) Conventional and non- conventional sources of energy.
(ii) What is a mineral?
(iii) How are minerals formed in igneous and metamorphic rocks?
(iv) Why do we need to conserve mineral resources?
ANSWER:-
i)a)Ferrous minerals:-Metallic
minerals which contain iron are called ferrous minerals, e.g. iron ore,  manganese,
nickel, cobalt, etc.
Non-ferrous minerals:-Metallic
minerals which do not contain iron are called non-ferrous minerals,
e.g. copper, bauxite tin, etc.
b)
Conventional Sources of Energy:-Conventional sources
of energy are those sources which have been
use since the early times. Non-conventional
Sources of Energy:-Non- conventional sources of energy have generally been identified in the
recent past.
ii) A mineral is a homogeneous, naturally occurring substance
with a definable interior structure.
iii) In igneous and metamorphic rocks, molten/ liquid and gaseous
minerals are forced upwards into the cracks. They then solidify and
form veins or lodes.
iv) It takes millions of years for the formation of minerals.
Compared to the present rate of
consumption, the replenishment rate of minerals is
very slow. Hence, mineral resources are finite
and non- renewable. Due to this, it is
important that we conserve mineral resources.
3) Answer the following questions.
(i) Describe the distribution of coal in India.
(ii) Why do you think that solar energy has a bright future in
India?
ANSWER: – i) In India coal occurs in rock series of two main geological
ages, namely Gondwana, a little over
200 million years in age and in tertiary deposits which are only about 55 million
years old. 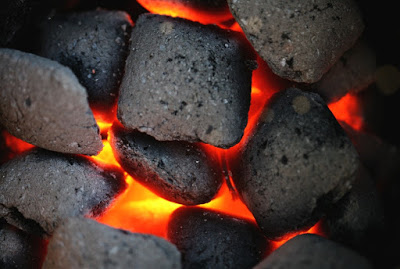 The major resources of Gondwana coal, which are metallurgical coal, are located in Damodar valley (West Bengal- Jharkhand). Jharia, Raniganj, Bokaro are important coalfields. The Godavari, Mahanadi, Son and Wardha valleys also contain coal deposits. Tertiary coals occur in the northeastern states of Meghalaya, Assam, Arunachal Pradesh and Nagaland. Jharkhand is the largest producer where Jharia, Bokaro, Karampur, Palamu are the major coalfields. In West Bengal, Raniganj, Jalpaiguri and Darjeeling are the coalfields. Sarguja, Bilaspur, Raigarh and Bastar districts are coal fields found in Chhatisgarh. MP. has coal fields in Chinaware district and in Maharashtra.

ii) Solar energy has a bright future in India because- 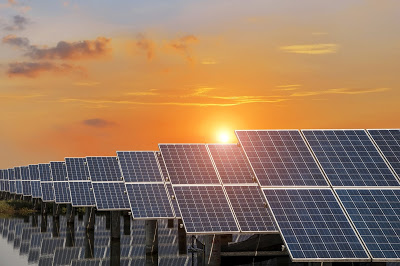 a. India is blessed with plenty of solar energy because most part
of the country receive bright monsoon period.
b. India has developed technology to use solar energy for cooking,
water heating, space heating, crop drying, etc.
c. It is the abundant, inexhaustible and universal source of
energy.
d. India is a tropical country.