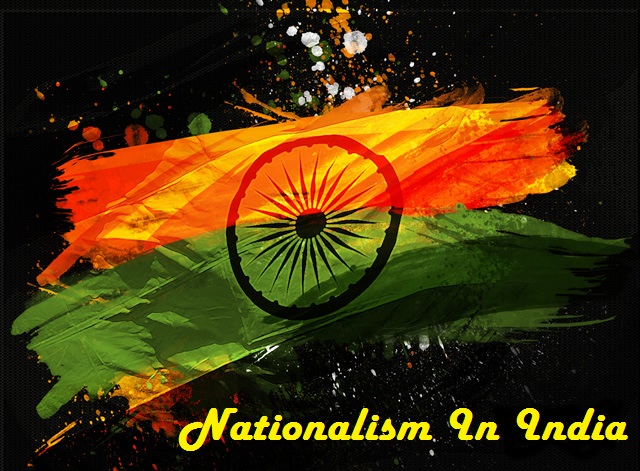 1)Explain:
(a)Why growth of nationalism in the colonies is linked to an anti-colonial
movement.
(b)How the First World War helped in the growth of the National Movement in India.
(c)Why Indians were outraged by the Rowlatt Act.
(d)Why Gandhiji decided to withdraw the Non-Cooperation  Movement.
ANSWER:
a)Anti-colonial movement gave a strong issue to the people with which they could identify and could come on a common platform. Hence, the growth of nationalism in the colonies is linked to an anti-colonial movement.
b)During the First World War, the British army conducted forced recruitment from rural areas in India. To finance the defence expenditure, high customs duties and income taxes were imposed. Also, during 1918-19 and 1920-21, crops failed in many parts of India, thereby resulting in acute food shortages. All this cause extensive anger and opposition against the British colonial rule and the national movement of India headed towards a stronger, more definitive direction.
c)TheRowlatt Act was passed hurriedly through the Imperial Legislative Council despite opposition from Indian members. It gave the government autocratic powers to repress political activities besides allowing it to detain political prisoners without a trial, for two years. The Indianwereoutraged by this act as it was clearly undemocratic and oppressive, and hurt national sentiments and dignity.
d)By1921, the movement was turning violent at many places. Since Gandhiji was strictly against any kind of violence, he decided to withdraw the Non-Cooperation Movement.
2)Whatis meant by the idea of satyagraha?
ANSWER:- MahatmaGandhi advocated a novel method of mass agitation; called satyagraha. This method was based on the idea that if someone is fighting for a true cause, there is no need to take recourse to physical force to fight the oppressor. Gandhiji believed that a Satyagrahi could win a battle
through non-violence
3)Write a newspaper report on:
(a)The Jallianwala Bagh massacre
(b)The Simon Commission 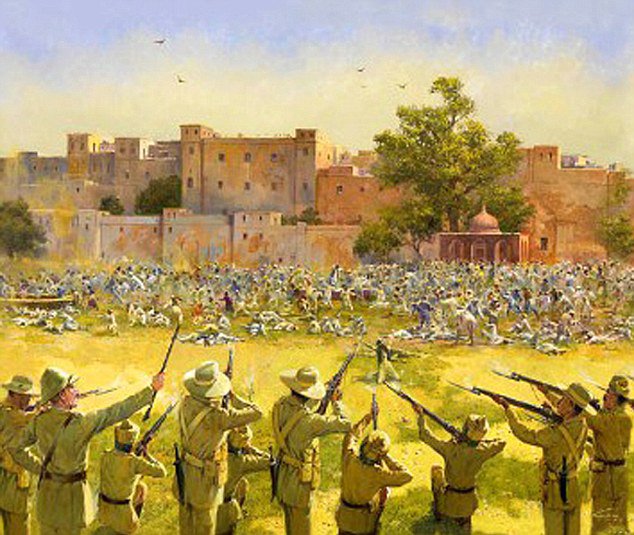 ANSWER:- a)On 13th April 1919, a large crowd gathered in the enclosed ground ofJallianwalaBagh – some to protest against the British government’s repressive measures, others to attend the annual Baishakhi Fair. These people were unaware of the imposition of Martial Law in the city. General Dyer, the Commander, blocked the exit points from the Bagh and opened fire upon the innocent citizens. Dyer intended to produce a ‘moral effect’ and terrorize Satyagrahis. Hundreds of innocent people including women and children were killed and wounded due to this indiscriminate firing by the British soldiers, which ultimately led to nation-wide outrage. Jallianwala Bagh incident was the most brutal incident in the History of India.
b)The Simon Commission was constituted by the Tory Government in Britain, under SirJohn Simon. The objective of the Commission was to look into the functioning of the constitutional system in India and suggest some constitutional changes. But nationalists in India opposed the Commission because it had not a single Indian member. Therefore, when the Simon Commission arrived in India in 1928, it was greeted with the slogan “Go Back, Simon”.
4)Compare the images of Bharat Mata in this chapter with the image of Germania inChapter1.
ANSWER:- In both cases, a woman has been depicted as the motherland. Both figures have been dressed in traditional attire and hold certain symbolic items. These symbolic items represent freedom, liberty, peace and energy.

1)List all the different social groups which joined the Non- Cooperation Movement of 1921. Then choose any three and write about their hopes and struggles to show why they joined the movement.
ANSWER: – Peasants, tribal peasants, plantation workers, students, lawyers, office workers, women, etc. joined the Non-Cooperation Movement. Description of three of them is given below.
Peasant: The peasants were against the high rents and may other cesses which were demanded by talukdars and landlords. The peasants demanded reduction of revenue, the abolition of a beggar, and social boycott of oppressive landlords.
Tribal Peasants: Tribal peasants gave their own interpretation of Mahatma Gandhi and the idea of swaraj. The tribals were prevented from entering the forests to graze cattle, or to collect fruits and firewood. The new forest laws were a threat to their livelihood. The government forced them to do begar on road construction.
Plantation Workers: The plantation workers were not permitted to leave the tea gardens without permission; as per the Indian Emigration Act of 1859. When the news of Non-Cooperation Movement spread to the plantations, many workers began to defy the authorities.
2)Discuss the Salt March to make clear why it was an effective symbol of
resistance against colonialism. ANSWER: – TheSalt March was an effective symbol of resistance against colonialism because it was done in revolt against a commodity- salt, used by
the rich and the poor alike. The tax on salt and the government monopoly over its production was a severely oppressive administrative move. The Salt March was effective also because Gandhiji met a large number of commoners during the march and he taught them the true meaning of swaraj and non- violence. By peacefully defying a law and making salt against government orders, Gandhiji set forth an example to the whole nation of how the oppressor could be confronted in a non-violent manner. This also led to the Civil Disobedience Movement in 1930.