1)Indicate
whether the following statements are True (T) or False (F).
(a)
Unicellular organisms have one-celled body. (T)
(b)
Muscle cells are branched. (F)
(c)
The basic living unit of an organism is an organ. (F)
(d)
Amoeba has irregular shape. (T)
2)Make
a sketch of the human nerve cell. What function do nerve cells perform?
ANSWER:- The
function of a nerve cell is to transmit messages to the brain and also to take
away
messages from the brain to the receptor organs.

3)Write
short notes on the following.
(a)
Cytoplasm
(b)
Nucleus of a cell
ANSWER:- (a)
Cytoplasm -It is the jelly-like substance present between the cell membrane and
the nucleus. Various other components, or organelles, of cells are present in
the cytoplasm. These are mitochondria, golgi bodies, ribosomes, etc.
(b)
Nucleus of a cell- It is generally spherical and located in the centre of the
cell. Nucleus is separated from the
cytoplasm by a membrane called the nuclear membrane. This membrane is also porous and allows the movement of materials between
the cytoplasm and the inside of the nucleus. 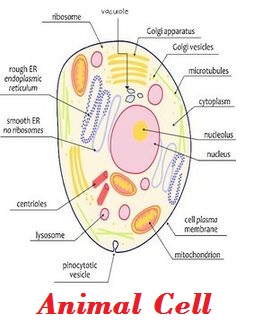 6)State
the difference between eukaryotes and prokaryotes.
ANSWER:-

7)Where
are chromosomes found in a cell? State their function.
ANSWER:- The
nucleus contains thread-like structures called chromosomes. Chromosomes play an
important role in the inheritance of characters. They carry genes that help in
the transfer of characters from the parents to the offspring.


8)‘Cells
are the basic structural units of living organisms’. Explain.
ANSWER:- Cells
are the smallest units from which a living organism is made. A cell contains
all the necessary structures which are required to carry out various biological
processes. A group of cells makes a tissue which further makes organs and
finally an organism. Thus, cells are called the basic structural unit of living
organisms.