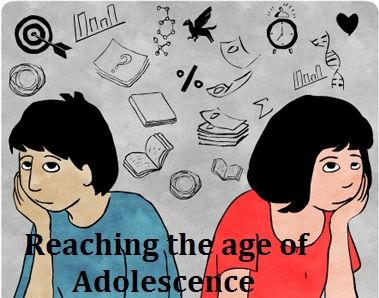 1)What is the term used for secretions of endocrine glands
responsible for changes taking place in the body?
ANSWER:- Hormones
2)Define adolescence.
ANSWER:-Adolescence
is the time period between the beginning of puberty and adulthood. During this
period, the body undergoes several changes alongside reproductive maturity.
3)What is menstruation? Explain.
ANSWER:-Menstruation is the process of the shedding of
the uterine lining on a regular monthly basis. It
begins at puberty and is the reproductive cycle of the female body. Every
month, the uterus prepares itself to receive a fertilized egg.
Therefore, the inner lining of the uterus becomes thick and is
supplied with blood to nourish the embryo. If the egg is not fertilized, then
the lining of the uterus breaks down and gets released in the form of blood through the vagina. This
lasts for about two to eight days. This cycle occurs every month and is known
as the menstrual cycle.


4)List changes in the body that take place at puberty. 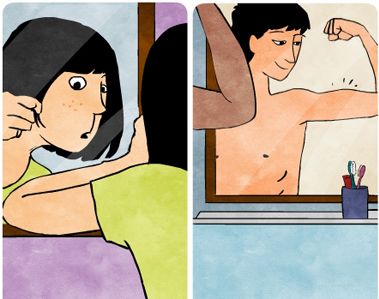 ANSWER:-Changes at puberty:
(i) Sudden increase in height and weight.
(ii) Broadening of shoulders and widening of chest in boys. In
girls, the region below waist becomes wider.
(iii) In boys, under the influence of hormones, the larynx becomes
prominent, the vocal cords become
longer and thicker. These changes cause the voice to become hoarse.
(iv) Appearance of hair in areas such as underarms, face, hands,
and legs.
(v)Reproductive organs begin to mature.
5)Prepare a Table having two columns depicting names of
endocrine glands and hormones secreted by them.
ANSWER:-
Endocrine gland          Hormones
Testis.
Testosterone
Ovary                          Oestrogen
Thyroid                       Thyroxin
Adrenal                       Adrenalin
Pancreas.                     Insulin
Pituitary.                     Growth hormone
6)What are sex hormones? Why are they named so? State their
function.
ANSWER: – Sex hormones are chemical substances produced by sex organs. For
example,
testosterone is the male sex hormone produced by the
testis, and oestrogen is the female sex hormone
produced by the ovary.
These hormones affect the sexual features of an organism. Hence,
they are known as sex hormones.
Functions of sex hormones:
Testosterone: This hormone brings
about secondary sex characters in boys such as the
growth of a beard, the voice becoming hoarse,
development of reproductive organs, etc.
Oestrogen: This hormone is
responsible for the development of secondary sexual characters in
females such as the enlargement of breasts,
development of female reproductive organs, etc.
7)Choose the correct option.
(a) Adolescents should be careful about what they eat, because
(i) proper diet develops their brains.
(ii) proper diet is needed for the rapid growth taking place in
their body.
(iii) adolescents feel hungry all the time.
(iv) taste buds are well developed in teenagers.
ANSWER:- (ii) proper diet is needed for the rapid growth taking place in
their body.
(b) Reproductive age in women starts when their
(i) menstruation starts.
(ii) breasts start developing.
(iii) body weight increases.
(iv) height increases.
ANSWER:- (i) menstruation starts.
c) The right meal for adolescents consists of
(i) chips, noodles, coke.
(ii) chapati, dal, vegetables.
(iii) rice, noodles and burger.
(iv) vegetable cutlets, chips and lemon drink.
ANSWER: – (ii) chapati, dal, vegetables.


Q8. Write notes on—
(a) Adam’s apple.
(b) Secondary sexual characters.
(c) Sex determination in the unborn baby.
ANSWER:- a) Adam’s apple: The protruding part of the throat is
called Adam’s apple. It is the enlarged voice box or larynx which gets enlarged
and visible from outside in boys at the onset of puberty.
b) Secondary Sexual Characters are those characters which
distinguish a male from female 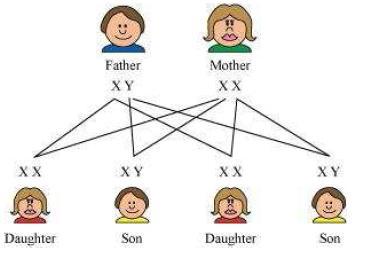