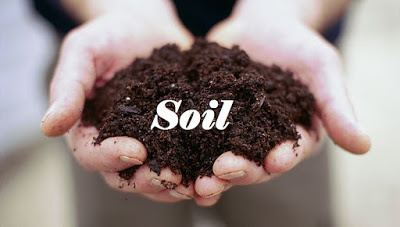 4)Explain how soil is formed.
ANSWER: The soil is formed by the process of weathering in which the rocks break down by the action of wind, water and climate. It is a very slow process.
5)How is clayey soil useful for crops?
ANSWER:- Clayey soil is very useful for crops because:
(i) It has very good water-retaining capacity.
(ii) This soil is rich in humus and is very fertile.
6) List the differences between clayey soil and sandy soil.
ANSWER: –
Clayey Soil:-
(i) It has much smaller particles.
(ii) It can hold a good amount of water
(iii) It is fertile.
(iv) Air content is low.
Loamy Soil:-
(i) It has much larger particles.
(ii) It cannot hold water.
(iii) It is not fertile.
(iv) Air get trapped between the particles.
7. Sketch the cross-section of soil and label the various layers.
ANSWER:- 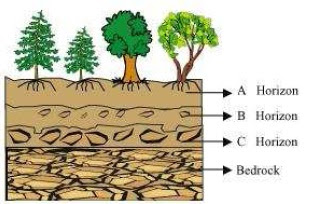 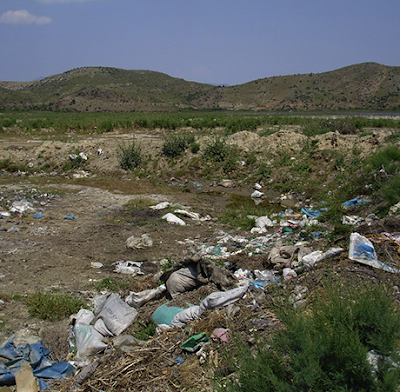 ANSWER: – Steps for preventing soil pollution and soil erosion:
(i) Plantation should be encouraged because plant roots firmly bind the soil and help in preventing erosion.
(ii) Methods like crop rotation and mixed farming should be followed.
(iii) Use of organic fertilizers and manure instead of synthetic.
(iv) Pesticides and insecticides should be used in limited quantity and find a natural way to prevent it.
(v) Plastic bags should be banned and it doesn’t decompose and gives rise to soil pollution.