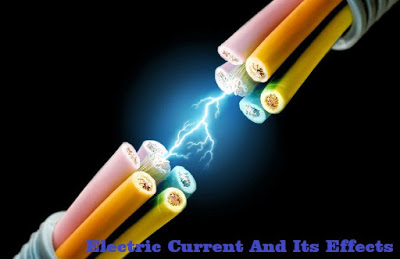 1)
Draw in your notebook the symbols to represent the following components of electrical
circuits: connecting wires, switch in the ‘OFF’ position, bulb, cell, switch in
the ‘ON’ position and battery.
ANSWER:- 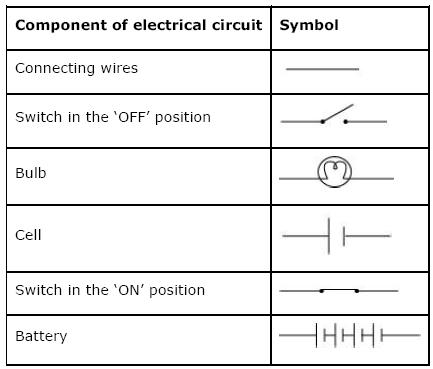 2)
Draw the circuit diagram to represent the circuit shown in Fig. below.(refer to
the book)
ANSWER:- 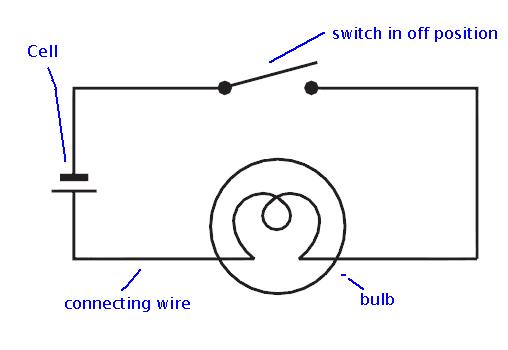 3)Fig.below
shows four cells fixed on a board. Draw lines to indicate how you will connect
their terminals with wires to make a battery of four cells.
ANSWER:- 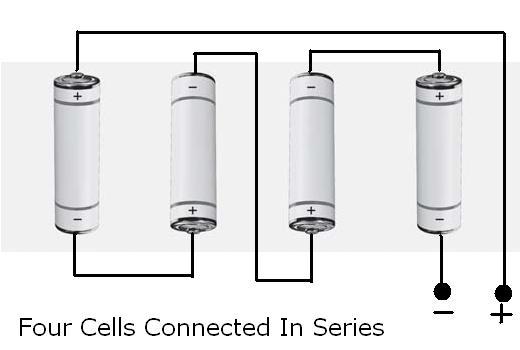 4)The
bulb in the circuit shown in Fig.14.23 does not glow. Can you identify the
problem? Make necessary changes in the circuit to make the bulb glow.

ANSWER: In
the circuit, cells are not connected properly i.e. (+ve) terminal is connected
to +ve
terminal of another cell. To make the connection
closed, the negative terminal of first cell be connected
to positive terminal of second cell, as shown below.
5)
Name any two effects of electric current.
ANSWER:-
Heating
Effect of current: When an electric current
passes through a wire, the wire gets heated. This is known as the heating
effect of current. It is used in many applications like electric heater,
electric ion, light bulb etc.
Magnetic
Effect of current: When an electric current
flows through a wire, it produces magnetic effect around it. This effect is
called magnetic effect of current.
6)
When the current is switched on through a wire, a compass needle kept nearby
gets deflected from its north-south position. Explain.
ANSWER:-The
current carrying wire produces magnetic effect around it. It causes deflection
of
magnetic needle. When the current is switched off,
there is no magnetic field produced by the wire,
magnetic needle does not deflect from its north-south position.
7)
Will the compass needle show deflection when the switch in the circuit shown by
Fig. (below) is closed?(refer to book)
ANSWER:- No
the compass needle will not show deflection even though the switch is closed, because there is no source of electric current. An electric
cell or battery needs to be connected here. In
the absence of electric current, there is no magnetic field produced by the
wires. Hence there is no deflection.


8)Fill
in the blanks:
(a)
Longer line in the symbol for a cell represents its positive terminal.
(b)
The combination of two or more cells is called a battery.
(c)
When current is switched ‘on’ in a room heater, it becomes hot due to
heating effect of electric current.
(d)
The safety device based on the heating effect of electric current is called a fuse.
9)Mark
‘T’ if the statement is true and ‘F’ if it is false:
(a)
To make a battery of two cells, the negative terminal of one cell is connected
to the negative terminal of the other cell. (F)
(b)
When the electric current through the fuse exceeds a certain limit, the fuse
wire melts and breaks. (T)
(c)
An electromagnet does not attract a piece of iron. (F)
(d)
An electric bell has an electromagnet. (T)
10)Do
you think an electromagnet can be used for separating plastic bags from a
garbage heap? Explain
ANSWER:- An
electromagnet acts like an ordinary magnet and it can attract iron pieces only.
Plastic does not have any magnetic property. Electromagnet cannot be used to
separate plastic bags from garbage heap.
11)An
electrician is carrying out some repairs in your house. He wants to replace a
fuse by a piece of wire. Would you agree? Give reasons for your response.
ANSWER: – No,
we would not agree to allow to replace the fuse by a wire. Wires in the fuses are of specific melting points. So we should always use ISI
marked fuses in our houses to prevent short circuits. 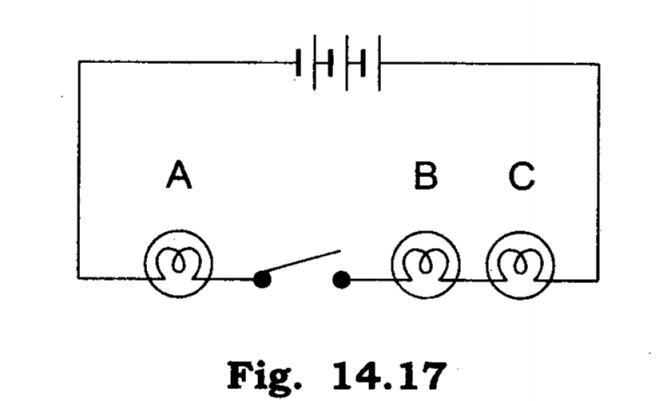 ANSWER:- No
bulb will glow.
All
bulbs will glow simultaneously.