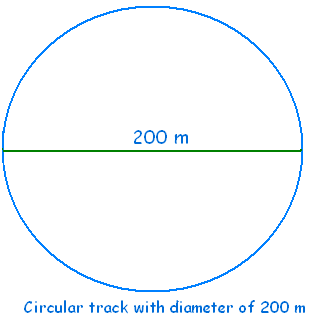 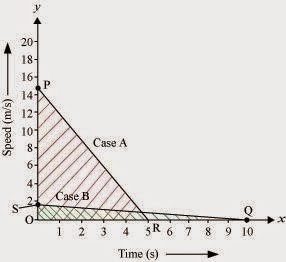 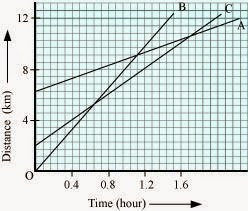 Speed = slope of the graph
Since slope of object B is greater than objects A and C, it is
travelling the fastest.

(b) All three objects A, B and C never meet at a single point.
Thus, they were never at the same point on road. 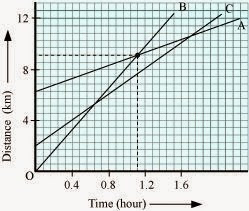 (a) Find out how far the car travels in the first 4 seconds. Shade
the area on the graph that represents the distance travelled by the car during
the period.
(b) Which part of the graph represents
uniform motion of the car?